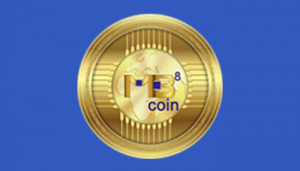 This statement is written for Blockchain Scotland Ltd in relation to the Project MB8 Coin.

In February 2018 Blockchain Scotland were approached by Multibuy to propose a Build of Multibuy Infinity Coin (known herein as MB8 Coin), the proposal was built according to data provided by Multibuy at the time.

During this proposal Blockchain Scotland looked at the historical data of Eurocredit Purchases and Usage.

The proposal was to build MB8 Coin using Version 13 of Bitcoin Core with adaptions to make it suitable for MB8 Coin (such as Network Speed, Staking etc). This is very common and has been adopted in projects such as DASH. We now had approval of the full build and the build began. At the same time the ICO was being ran by Multibuy to support and progress the new currency MB8 Coin which was set to replace EC+ at the time.

Given the information provided to Blockchain Scotland, the transition appeared very well and would be well adopted.

The funds raised during the ICO were all collected by Multibuy, from there Blockchain Scotland had a Service Agreement for the Build, Distribution as well as Marketing for both the ICO and the conversion from MB8 Token (ICO) to MB8 Coin as it stands now.

In the instance of MB8 Coin, we felt it was vital to the community and MB8 Coin that we remained in some form assisting the project.

Since then Blockchain Scotland with some support from Multibuy have been providing Volume Support and Buying Coins that community members have been selling to prevent the price the coin reaching zero, as I am sure you can imagine having our team working round the clock monitoring exchanges as well as the cost of buying the coins is a very costly process, as a result funds in Blockchain Scotland depleted to a point where we can provide only limited support for MB8 Coin.

The regulation process of MB8 Coin is still underway with Blockchain Scotland still providing the appointed agents in Malta requested documentation, however there is no formal contract in place for this between Multibuy and Blockchain Scotland.

As you will be aware members of the Blockchain Scotland Team have now stepped back from the company for various reasons, and the company is in the process of being closed. As many of our team members have said they will continue to provide support to MB8 Coin and the Community and we are aware of groups ect being set up to engage with the community and bring unity and progression back to MB8 Coin.

The individuals who have set up this groups are already making steps to provide uses, progression, and development of MB8 Coin off their own backs.

However, on behalf of Blockchain Scotland we would like to thank the community very sincerely for giving us the opportunity to bring this idea to fruition, however MB8 Coin is by no means over and will still continue to progress at pace.

Some questions have been passed to us by members of the community, which we would like to address.

MB8 Coin is by no means dead, it is owned, ran and controlled by the holders of MB8 Coin (you the community). The price of the coin is derived from demand for the coin, so as uses for the coin come to light the demand will increase, and as a result the price should rise.

How much was raised?

To get an exact figure on what was raised in EC, EC+ and MB8 Coin sales Multibuy would need to provide this information as they collected in funds on behalf of the project. What Blockchain Scotland took in can be seen on their accounts.

Who has the money?

Blockchain Scotland paid out more on the MB8 Coin project than they collected in which again will be visible on their accounts. Additionally individuals from within the team spent further monies on buying/supporting MB8 Coin themselves, conducting detailed marketing analysis and building potential additional uses (For example full marketing analysis for ecommerce and travel was carried out including keywords, search engine optimisation, PPC, improving page conversions etc)

What are the plans?

The plans moving forward are very clear, members of the Blockchain Scotland Team have stepped away from the company but are providing support themselves for MB8 Coin. If you are not up to date with progress, you can join channels such as the MB8 Coin Community Channel with details on what progress is being made, and how it is being made.

What’s the position with regulation?  Where is regulation? Wil there ever be regulation or was that another hoax.?

The status of the regulation is in the hands of the appointed agents in Malta, both Blockchain Scotland and Multibuy have been continuing to provide all necessary documents and information to progress this. However, at this point MB8 Coin remains un-regulated.

Multibuy continue to operate their business in Travel and Ecommerce and are making steps to implement a crypto friendly bank that could benefit the coin on reaching fruition. The leaders at Multibuy decided not to continue with previously proposed ecommerce to quickly extend product range as they wanted to opt for a more organic growth through their existing systems, first incorporating into their travel pay point and then systematically growing product platform. The travel industry grinded to a stop during the COVID-19 pandemic and this did stop meetings going ahead to discuss collaboration on what the best next steps to take on MB8 Coin. That said Multibuy are still willing and going to meet some team members of Blockchain Scotland to discuss what can been done from their side to progress this project.

Have BCS abandoned there coin?

MB8 Coin was never Blockchain Scotland’s Coin, we were contracted to provide a service, which has been provided. That being said, as this was part of our core business for the best part of 2 years we have not abandoned MB8 Coin by any means. To make it clear here, Blockchain Scotland has depleted funds to support MB8 Coin to the point now where the company does not have sustainable working capital and is now in the process of closure. Members of the team who took part in MB8 Coin have joined forces themselves to provide support and enhancements to MB8 Coin.

What is there next play? If we don’t have the answers from the horses mouth then doing anything other than guess what’s going to happen or what we could do etc etc is just hot air.

At Blockchain Scotland the leadership of the company has not been available or willing to provide statements for some time, as a result we can communicate the above in absence of leadership.

Tell us why the shopping platform is not good . Why the travel site is not working properly and why the poor shopping site does not even accept mb8coin anymore?? Where are the 2500 plus retailers we were told that multibuy had that were already accepting eurocredits and would automatically take mb8 coin when launched?

Multibuy operates these platforms and it is effectively up to themselves to intergrate their own coin into their networks. Blockchain Scotland repeatably attempt to provide assistance to do this however never received a concise plan from Multibuy.

Blockchain Scotland was given the data relating to the Value of MB8 Coin being used on and in the Multibuy Systems to the same value as Eurocredit (1:1), however as stated above whilst outside our original agreement we made every effort to assist with the integration, and will still assist when needed.

Multibuy will accept MB8 Coin anywhere that it says Eurocredit to the same value both in travel and ecommerce when anyone from the community request however their intention for integration is now after the regulated coin is complete as they feel will changes to MB8 Coin Blockchain will make it easier for businesses to integrate with when AML and KYC is added.

Why do they not moderate this or other forums which they set up for investors anymore?

Blockchain Scotland was under a service agreement to provide marketing support and technical assistance during the ICO as part of their agreement with Multibuy, as stated earlier this agreement has now concluded. We are not able to provide a reason as to why it is not being moderated by Multibuy.

Why do they ask us to email support for any concerns we have and then never reply to anyone? Why does Blockchain Scotland not answer emails ? Not even acknowledge that they were received?

Blockchain Scotland continue to provide technical assistance only for MB8 Coin and will be taken over by the team that are providing continued support for MB8 Coin in the absence of Blockchain Scotland once the company is wound down. However, we are not able to provide a reason as to why Multibuy are not answering their emails in regards to non-technical questions relating to MB8 Coin.

We were told BCS were equal partners in this venture many times was this a lie from the presenters at the top of the hotel rooms?

Have we all been conned? It certainly looks like it?

Definition of Conned– to have made someone believe something false, usually so that that person will give you their money or possessions.

Blockchain Scotland received a list of over 2500 business in the Multibuy Circuit, we saw Multibuy’s ecommerce system and were told statistics on their travel books uptake. We were never given permission from Multibuy to publish any of this data to the wider community. If the data Blockchain Scotland was presented with was true, then the suggestion of conned would be NULL.

In short, as this has already been broken down in the initial statement. Blockchain Scotland provided it’s services as part of the Service Agreement, we additionally and former members of the team continue to do so provide out of contract (unpaid and for you the community only) support in many forms for MB8 Coin.

We as investors have a right to know the truth from the people we trusted with our money and the project.

We hope this statement will provide a more in depth look at the steps Blockchain Scotland has taken to provide you with answers.

If Multibuy has made off with the money, then they should be held accountable and prosecuted for fraud. Same as the leaders of Onecoin and other scam operations.

Blockchain Scotland only ever was a service provider in the context of MB8 Coin and billed Multibuy in accordance with the Service Agreement as detailed in the earlier question regarding ‘Funds Raised’.  Looking at the current online presence and continued communication regarding regulation and enhancing MB8 Coins usage would suggest Multibuy is still in operation.

With this all the major questions being asked and answers given from the perspective of Blockchain Scotland we would like to again thank the MB8 Coin community for standing with us, and we will continue to do so, perhaps not in the same format but please remember we have not abandoned and nor will do.

Any cookies that may not be particularly necessary for the website to function and is used specifically to collect user personal data via analytics, ads, other embedded contents are termed as non-necessary cookies. It is mandatory to procure user consent prior to running these cookies on your website.